Capitol Comedy is a performance group that uses the winning formula of musical comedy, political satire, and multimedia animation to engage audiences with hilarious, insightful, and nonpartisan entertainment. The six-person cast combines parodies and original compositions to create a lively musical multimedia program. Capitol Comedy shows are timely and sharply satirical without being demeaning or vulgar.

Presented through the generosity of John & Ulla Brown 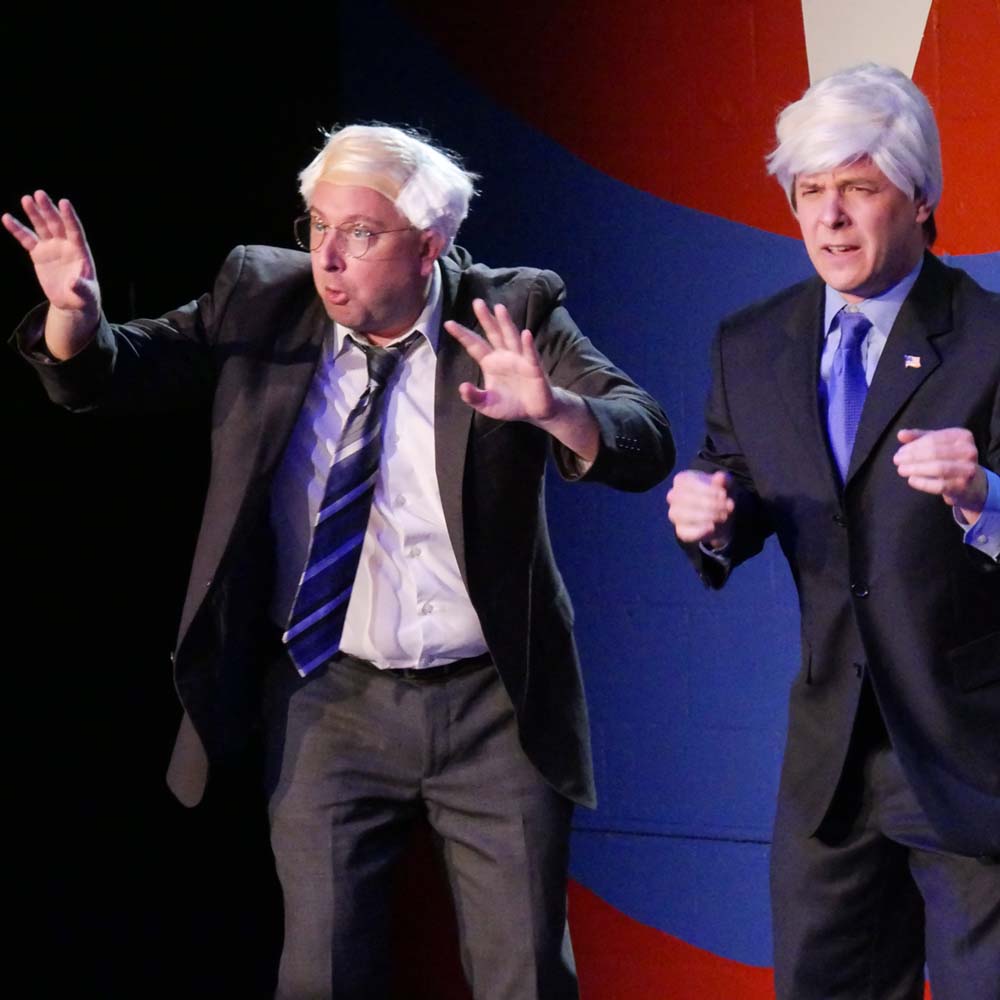